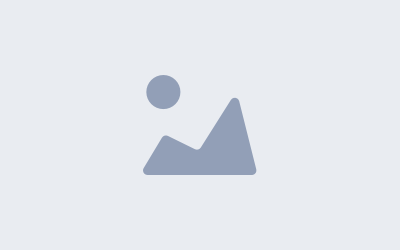 Over the last few years, Social Media has completely changed over the internet. Actually, it has changed the world of marketing. So, what are the reasons for your business to start utilising these new forms of communication ?

Recent studies have shown that most adults are involved in social media, and it has tripled among internet users 5 and older. Regardless of which social media site a person uses, social media networking continues to grow.

Almost 71% of people found themselves involved in social media more than they have used in the previous years. This clearly gives a green signal to brands and marketers. They should interact with their audience, and grow the presence of consumers on their social media accounts.

Depending on your goals, content quality, and audience, each social media network has merits of its own. Consider reviewing your social media targets and broad KPIs if you notice that engagement isn't where you want it to be. Of course, being aware of the days when engagement is necessary for achieving these goals.

According to our analysis of the data for each social network separately,  Tuesdays, Wednesdays, and Thursdays at 9 or 10 a.m. consistently had the highest levels of engagement. The majority of social media networks, including Facebook, Instagram, Twitter, and LinkedIn, showed success on weekday mornings.

As people head to their lunch breaks in the early afternoon, between 1 and 3 P.M., Facebook traffic is at its maximum. You'll get the most shares and clicks if you publish at 1 PM and 3 PM, respectively.

On a Monday, Facebook activity gradually increases from 2 a.m. until it reaches its peak between 9 and 11 a.m. However, due to low activity levels, avoid posting between 9 P.M and 1 A.M.

There is no difference between Monday and Tuesday posting time. Usually, the duration of the peak hours extends from 9 A.M to 1 P.M.

Following Wednesday, Thursday is regarded as the ideal day to post on Facebook, with the Facebook audience being most active at 11 A.M. When compared to other times of the day, the likelihood of interaction is somewhat high from 8 am to 4 pm.

Friday sees a similar increase in Facebook activity as Tuesday and Wednesday. On Fridays, Facebook activity is at its highest between 9 A.M. and 1 P.M., with 10 P.M. and 1 A.M. not being the best time to post anything.There is not much difference between Monday and Tuesday posting time.

Only between 8 and 10 a.m. on Saturdays is there any moderate audience activity. In these hours, your chances of connecting with your intended audience are still not good.  So it's best to avoid scheduling a significant product launch or upgrade on Saturday.

9 and 10 a.m. on Sunday are the busiest times for posting. After that, activity progressively decreases, staying at a very low level until 2 p.m., and only picking back up the next day.

The optimal time to post a video to Facebook is between 12 and 1 PM, when most people are on breaks and more likely to interact with their devices. The period between nine and eleven in the morning is the second-best time to publish videos on Facebook.

However, the day of the week you post on also affects the percentage of engagement you receive. The ideal times of day to post on Instagram are typically right before work, during lunch, and right after work. You should be aware that the user interaction graph shows a new pattern every day.

Monday's peak posting times on Instagram are from 11 a.m. to 1 p.m. From 8 a.m. to 8 p.m., a rather low interaction rate continues for approximately 12 hours.

The optimum time to post on Instagram is on Tuesday between the hours of 11 a.m. and 3 p.m. After that, the engagement rate continues to decline, reaching its lowest point at 10 p.m.

After Tuesday, Wednesday is the second best day to post on Instagram, with strong engagement occurring from 8 A.M. to 9 P.M. The peak of engagement occurs between 11 and 1 o'clock.

An ideal time to post on Instagram on Thursday starts at 7 A.M., peaks between 11 A.M. and 12 P.M., and then steadily declines after that.

Similar to Monday and Wednesday, the busiest period to post on Instagram is between 11 AM and 1 PM on Friday. There is enough interest to last for two hours before 11 am and two hours after 1 pm.

Saturday is not a popular day for Instagram posts because, for the majority of people, this is a day for rest and a break from social media. On Saturday, 10 A.M. to 1 P.M. is the greatest time to post on Instagram because there is a sufficient amount of user engagement at that time.

Instagram posts perform best on Sundays between 9 AM and 3 PM. On this particular day, the engagement speed is normally slow.

In 2023, Instagram reels will play a significant role in both influencer and brand content strategies. It's essential to publish four to seven Reels per week to capture Instagram users' attention. Consistently publishing Reels will help Instagram prioritise your material, which will raise account visibility and enhance engagement.

To improve your account's visibility, you need to upload four to seven Reels throughout the course of a week at random times. The Instagram algorithm rewards consistency as much as it rewards timing when posting Reels. Because of this, you must give the optimum time to upload reels on Instagram your whole attention.

If you are in search of the best SMM panel, we have one for you. Crescitaly.com is considered one of the most perfect SMM panels. There are a lot of services that they usually offer.

This cheap reseller SMM panel will schedule your timings, and let you gain more audience.

There isn't a certain, all-encompassing ideal moment to share something on social media. The best time for your brand to be seen is different for every channel and is as distinctive as your audience.

However, using the correct data to optimise your publishing schedule can increase your social ROI and produce tangible results.